I used to blog on another platform. Check out what I shared in earlier years here.

In the Samoan flag, white is said to stand for purity, blue for freedom, and red for courage. No change was made in the national flag when the country became independent on January 1, 1962. 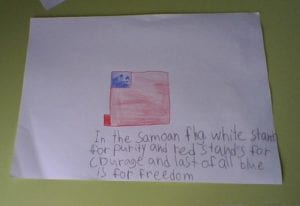 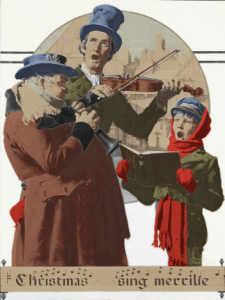 The reason why I am  sharing this piece of writing with you guys is because  we are doing a project called lifting a line which is where we write a story then we take our best sentence then we write a  a new story with the same sentence with a picture to give us an idea on what to write about.

I am posting this because Stonehenge was one of many stops along the way Birmingham Virtually because  we are doing a virtual race to Birmingham.

Stonehenge was found in England Salisbury, Stonehenge is made out of bluestone and it was made 2500 Bc. No one really knows who or why Stonehenge was built, but it has been used as a calendar as well as a burial ground . According to folklore, Stonehenge was created by Merlin, the wizard of  legend, who magically transported the massive stones from Ireland, where giants had assembled them. Another legend says invading Danes put the stones up, and another theory says they were the ruins of a Roman Temple.

Last week on Monday we got 6 big and heavy boxes we got the boxes from EPro8. When we got the boxes MrBell handed out our epro8 books. On our  Epro8 books we had codes on the front cover . We went to the EPro8  challenge site, we all entered our codes into the team code slot, then we had to put our names into the name slot. We automatically got put into teams of 4.  We had to make a fully  functional crane, a bridge,and a caveman car .

When we did Epro8  I really enjoyed learning about the aluminum bars and the extrusions and I hope next year we can do EPro8  again.

Hello, my name Is Andreaus and I am 10  years old and I am a year 6 in Mr Bell’s class at St Patrick’s School. I am Samoan and my favorite game to play Is Rugby and touch.

Welcome to your brand new blog at Edublogs!

To get started, simply visit your blog’s dashboard, edit or delete this post and check out all the other options available to you.

We can walk you through step-by-step in our guide to getting started with your blog.

About Me | Ko Wai Ahau

Add the link to the About Me blog post here.

Keep connected with this blog